Preliminary findings from public consultations on the EU School Fruit, Vegetables and Milk Scheme were presented at a conference in Brussels on 24 November by the European Commission.

The consultation found that 72% of respondents would like to see plant-based milks included in the scheme, enabling children in European schools to opt for non-dairy alternatives to milk.

The scheme benefits over 20 million children across Europe and ProVeg International argues that the inclusion of non-dairy milks would ‘show that the EU really wants to offer greater choice to children who are unable or unwilling to consume dairy milk and are seeking out a healthy, climate-friendly and ethical alternative’.

Earlier this year 75,000 people signed a petition raised by the organization, calling for calcium-fortified, unsweetened plant-based milk to be covered by the scheme.

“We are really delighted by the outcome of the consultation which made overwhelmingly clear that plant-based milks have a place in the EU School Scheme,” comments Lucia Hortelano, EU policy manager at ProVeg International.

“The conference also made several references to the need to transition to a more sustainable scheme, and we believe that the introduction of plant-based milks should be one of the solutions,” she adds.

The vast majority of people in the EU wants this

“We already knew that a lot of people were in favour of including plant-based milks in the EU scheme but the results of the public consultation show that the vast majority of people in the EU wants this too.”

“Unsweetened, calcium-enriched plant-based milks offer children greater choice of what they can drink at school mealtimes, allowing those with allergies and intolerances to feel included. Some children are also concerned about animal welfare and with plant milk these concerns are not raised.”

The public consultation was supported by Compassion in World Farming. European affairs manager, Olga Kikou, says the results ‘must pave the trajectory’ of the scheme going forward. “It is high time schools start a meaningful transition towards healthier and more sustainable diets, engraining good habits early on in younger generations. Children should have better access to plant-based foods – including fresh fruits and vegetables, plant-based milk, legumes, nuts and grains.” 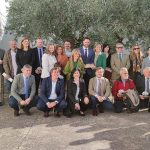 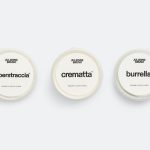