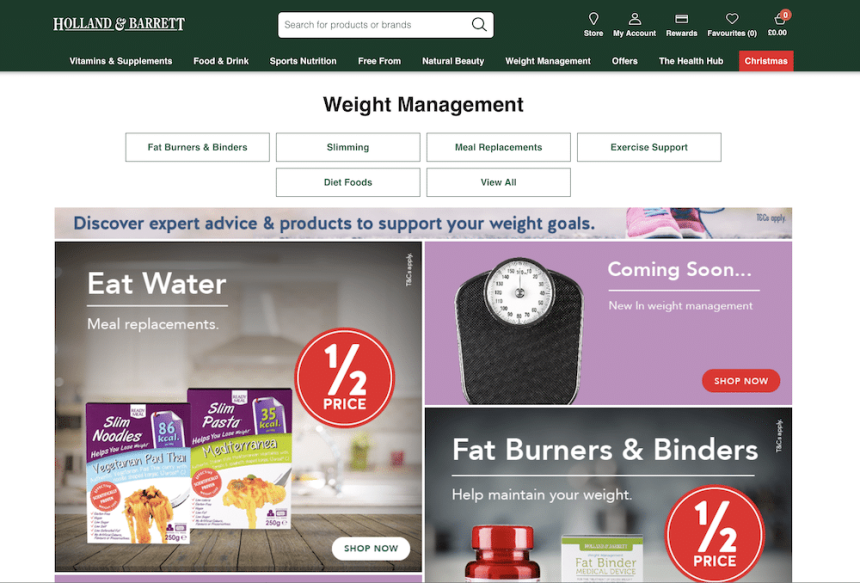 The retailer’s defiant stance was revealed this week as the ASA ruled that the company had breached the advertising code by using the term ‘weight management’ as a generic category heading on its website.

The ASA investigated the case after two complainants (one a former Trading Standards officer) challenged whether H&B’s use of the term ‘weight management’ was in compliance with EU regulations on heath and nutrition claims.

In a submission of evidence Holland & Barrett said that all the products within the weight management category on its website could support claims that were either authorised on the EU Register as weight management/weight control claims, or were listed as ‘on hold’ botanicals claims awaiting authorisation.

Legitimate claims
The retailer also presented evidence on certain specific products. It said that its Nutritional Headquarters Fat Metaboliser product contained chromium “at a level that satisfied the requirements for use of the authorised health claim ‘chromium contributes to normal macronutrient metabolism’,” adding that “fat is generally accepted as a macronutrient by various authorities including the European Food Safety Authority (EFSA)” Other ingredients in the product – such as green tea extract and cayenne pepper – were among ingredients subject to legitimate ‘on hold’ claims, it said.

But after consulting with both industry groups and non-industry experts, the ASA concluded that a statement about weight management, presented as a category heading, would be understood as a claim about the function of all the products contained within that category, and was itself “likely to influence a consumer’s decision to purchase those products”. The ASA also doubted that specific ‘on-hold’ claims cited in evidence by Holland & Barrett were likely to have the same meaning for consumers as the term wight management.

In relation to authorised claims for specific products cited by H&B, the regulator said that it “did not consider that the claim ‘weight management’ was likely to have the same meaning for consumers as the cited claims,” and that the company’s wording “went beyond the authorised claim”.

The regulator told the company that it must not use the categorisation ‘weight management’ to market food supplements unless all products under the category carry an authorised health claim.

No remit
Perhaps the most striking aspect of H&B’s submission is its blunt rejection  of the ASA’s jurisdiction in this area. In its evidence the retailer said that the ASA “had no remit to rule on food claims in advertising generally without the advertiser’s agreement” and that the regulator was “not a control body for official controls on food under Regulation EC 882/2004”.

The company added that even if the ASA were authorised to rule on food claims, the claims at issue were website category headings and not advertising under the CAP Code.

In a press statement, Holland & Barrett, said: “As a responsible retailer, Holland & Barrett regularly reviews all product lines, and the categories in which these fall under, to ensure compliance with any legal requirements and to provide customers with clear and accurate guidance.

All of the products mentioned by the ASA in their ruling had compositions, which allowed relevant authorised claims to be made in respect of them in relation to fat metabolism or weight loss.

The term ‘Weight Management’ is a broad term encompassing a wide range of functions and is used as a category heading to help signpost customers. European Food Safety Authority (EFSA) has used the term to include, amongst other matters: fat metabolism; energy expenditure; metabolic rate; and healthy BMI maintenance and our primary Trading Standards authority stated that there was no evidence that the term ‘weight management’ is any way illegal.

Therefore, we believe that the presentation of our products under the ‘weight management’ category is not misleading to our customers.”

At the time of writing, the category heading ‘weight management’ continues to appear on the Holland & Barrett website.

Dismayed
One of the organisations consulted by the ASA was the Health Food Manufacturers Association. Its executive director, Graham Keen, gave NPG his reaction to the ruling: “Our position remains the same, we believe category headings on websites are a helpful navigational tool for consumers, and not advertising. So when the ASA asked us to provide our views, we were pleased to have the opportunity to comment.

“Unfortunately, having provided thousands of words of feedback, primarily based on legal advice we sought, we were dismayed to find this was condensed down into just 68 words in the ASA’s published adjudication.

“In addition, we are very concerned that this ruling directly goes against the Assured Advice of H&B’s own primary Trading Standards authority, and that such Assured Advice must be respected by other enforcement bodies, but can be disregarded in this way by the ASA.” 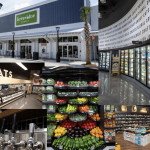 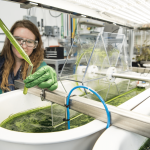