The Health Food Manufacturers’ Association (HFMA) says it welcomes ‘significant news from France’ where the term ‘probiotic’ has been authorized for use on food supplements.

The authorization comes with some conditions, but the HFMA says the ruling by the General Directorate for Competition, Consumer Affairs and Fraud Prevention (DGCCRF) ‘adds weight’ to its argument that the term should be permitted in the UK.

The decision came after the DGCCRF recognized that several Member States – including Spain, Poland, Denmark, Greece and the Netherlands – no longer follow the position of the Commission, which views the word ‘probiotic’ as a health claim.

Under the definition of ‘live microorganisms which, when consumed in adequate quantities, have a beneficial effect on the health of the host by contributing to the balance of the intestinal flora’, probiotics can now legally appear on food supplements labelling as a category name. It can also be associated with statements about the balance of intestinal flora.

The HFMA’s executive direct, Graham Keen, comments: “We warmly acknowledge the hard work and determination of our friends at SYNADIET in achieving this positive outcome. This adds weight to our long-held belief that the term ‘probiotic’ should be similarly authorized for use here in the UK, and we will continue to advocate strongly on behalf of our members in this respect.”

The HFMA says it will ‘actively be asking the UK regulatory authority why it should not be taking similar steps here in the UK’. 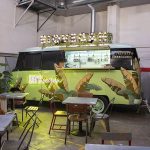 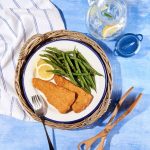