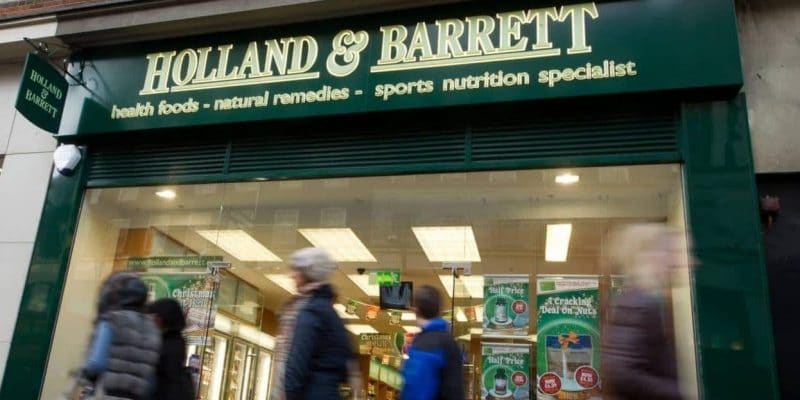 L1 Retail is to buy Holland & Barrett (H&B) from  Nature’s Bounty Co and the Carlyle Group for £1.77 billion.

L1 Retail is a fund controlled by Mikhail Fridman, who, according to the BBC, is best known for being chief executive of BP’s Russian joint venture TNK between 2003 and 2012, when it was sold to Rosneft for $56 billion.
L1 Retail is the retail investment arm of LetterOne which was founded in 2013 and is an international investment business headquartered in Luxembourg. Its advisory board of retail leaders and specialists includes Karl-Heinz Holland, who was chief executive of Lidl Group for eight years, and John Walden, who most recently was chief executive of Home Retail Group where he drove the digital transformation of Argos.
Commenting on the sale, Peter Aldis, CEO of H&B, said: “ We are delighted to now be in partnership with the L1 Retail team and its advisory board of internationally-renowned retailers. We have upgraded much of our core store portfolio to concept stores to deliver additional in-store theatre and increased customer engagement. New products launched through our ethical sourcing programme have also been a key growth driver helping to underpin our substantial investment to gain presence across an increasingly global health and wellness market. We are particularly proud that our international business last year received the Queen’s Award for International Trade.”
He adds: “Carlyle has been a great partner for Holland & Barrett over the last few years, investing in the brand, our people, and next generation technology, which has driven our growth. We look forward to building on this track record as we enter the next chapter with L1 Retail.”
H&B is Europe’s largest health and wellness retail chain with stores in more than 1,150 locations worldwide, a significant rapidly expanding online ecommerce capability and a global employee base of over 4,200 associates and staff. The company’s annual revenues in 2016 exceeded £610 million, marking 32 consecutive quarters of like-for-like growth in the business, helped by significant investments into new store openings, the company’s online sales platform and click-and-collect retail capabilities and marketing campaigns such as The Good Life. Continued international growth across Scandinavia and in Holland & Barrett’s partnerships with Tesco plc in the UK, Apollo Hospital Group in India, and AS Watsons in Hong Kong, helped increase the company’s international operations footprint to 16 countries.
“Holland & Barrett is a clear market leader in the UK health and wellness retail market, with attractive growth positions in other European and international markets, and growing online presence, with a leading customer loyalty programme and ten million active cardholders,” said L1 retail managing partner Stephan DuCharme. “We believe that the company is well positioned to benefit from structural growth in the growing £10 billion health and wellness market and has multiple levers for long term growth and value creation.”
According to LetterOne, its strategy is to build a new portfolio of successful companies that are leaders in their fields and sectors. It makes ‘long-term investments of its own capital in companies in which its sectoral experience and strategic and geographic expertise will improve performance and help companies grow’ and invests through L1 Energy, L1 Technology, L1 Health and L1 Retail.
H&B has experienced over 90% growth since Carlyle’s investment in 2010 when it bought the chain as part of its $3.8 billion (£3 billion) purchase in of US firm Nature’s Bounty, now NBTY. “We are proud of the growth in both sales and market share that Peter Aldis and all associates at Holland & Barrett have achieved in the past seven years,” said Steve Cahillane, president and CEO, Nature’s Bounty Co. “This is due to their high standards of delivery and to the investments supported by Carlyle notably in new product development, store relocations and refurbishments. We wish Peter and all associates well in the future as they continue to build the business.”
Marco De Benedetti, managing director and co-head, Carlyle Europe Partners advisory team, added: “It has been a privilege to work with Peter and his talented management team over the past seven years. We have invested heavily in the Holland & Barrett brand, built an innovation pipeline, opened over 300 new stores, built an industry leading omni channel platform, and expanded the business internationally. This has delivered 32 quarters of consecutive like-for-like growth and sustainable financial performance.”
The sale is expected to close by September 2017, subject to customary regulatory approvals.

REACTION AND ANALYSIS
Ready to ride the health and wellness zeitgeist – or fuddy-duddy retailer in need of a vision?
Jim Manson gathers up early reaction to Carlyle Group’s decision to sell Holland & Barrett.
Carlyle heads for the exit
The Financial Times notes that the sale of H&B allows Carlyle to “make a partial exit from the chain’s owner Nature’s Bounty (which it acquired seven years ago for $3.8bn, including debt)”. The FT says that the private equity firm “had sought to sell the entire business, which also makes and distributes a number of health brands such as Sundown Naturals, Pure Protein and MET-Rx”.
Pushing back against Amazon/Whole Foods
Jonathan Buxton, partner and head of retail at Cavendish Corporate Finance, told mailonline that L1 Retail could help Holland & Barrett fend off growing competition (in the UK this is coming mainly from the supermarkets and large specialist chains like Boots, Superdrug and the Body Shop). Buxton predicts that with the kind investment at L1 Retail’s disposal the health food retailer will be able to forge ahead with more store opening and refurbishments – “but more importantly, seek to increase its online presence to push back against the likes of Amazon following its acquisition of Whole Foods”.
Ready to ride the health zeitgeist
Reuters reporters Clara Denina and Maiya Keidan pick up on a view shared by several retail analysts that healthier foods could prove on of the more resilient parts of the High Street, which they say faces an uncertain future as consumer spending slows and online competition picks up. The Times meanwhile quotes someone “close to the deal” commenting that H&B is “well positioned to benefit from structural growth in the fast-growing £10 billion health and wellness market”.
Fuddy-duddy retailer that’s lost its true meaning
But the BBC’s business correspondent, Lucy Hooker, casts Holland & Barrett in a much less favourable light. Hooker agrees that the wellness trend is booming but doesn’t see H&B as a real high street star. “Ubiquitous buy one get one half price offers give the impression of a cut-price supermarket,” she writes . Kate Hardcastle, from Insight With Passion, views H&B as “this really antiquated retailer’ and “fuddy-duddy”. Independent retail analyst Richard Hyman tells the BBC that, while H&B is a “decent solid-ish company, L1 Retail is paying an extraordinarily generous price for it”. 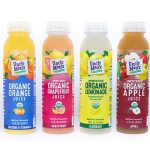 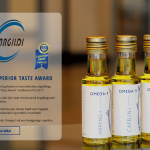