Organizers of the global pledge confirm that one member of the public is currently signing up for the challenge every 2.4 seconds.

A new poll by YouGov shows that since the first pledge in 2014 9% of British adults have participated at least once. Veganuary estimates that this figure equates to approximately six million people, based on the current population.

The research also shows strong public awareness, with 71% of adults having heard of the campaign. 53% of past participants went on to sign up again and 21% claim to have completed the challenge four times or more, which campaigners say is an indication that Veganuary is now ‘a firm British tradition’.

Looking at long-term behavioural changes, the poll shows that 85% of non-vegan past participants went on to reduce their consumption of animal products while 23% of non-vegans switched to a fully vegan diet.

The campaign now has official chapters in seven countries and has drawn participants from every country, bar North Korea.

Toni Vernelli, Veganuary’s head of communications, comments: “Having been vegan myself for more than 30 years, it’s amazing how the conversation around veganism has changed in recent years and I know Veganuary’s friendly, non-judgemental ‘just give it a go for a month and see what you think’ approach has played an instrumental role in this shift.

In celebration of her own 20-year ‘Veganniversary’ Lisa Gawthorne, MD of Bravura Foods, has launched a deck of illustrated cards which cover ‘common situations vegans and vegan-curious people will be faced with, the benefits you will see from being vegan and some top tips to make your vegan journey easy’.

Gawthorne says each card in The Vegan Deck offers advice on ‘smashing veganism’ and enjoying the transition – all delivered in ‘a light-hearted tone’.

“I wanted to create something to celebrate my 20th vegan anniversary year and I get so many questions from friends, family, from colleagues in sport and in business about veganism and this deck really does answer it all,” she says. “I wanted to help vegans and those maybe just stepping out trying vegan – as the cards really will make their lives or transitions as easy as possible. There are meal ideas, useful swaps, benefits, top tips and lots of advice on how to deal with common situations vegans or vegan curious find themselves in. Whether you’ve been vegan for years or you are considering going vegan, or you have vegan friends or family and want to know more, the vegan deck really does cover it all.” 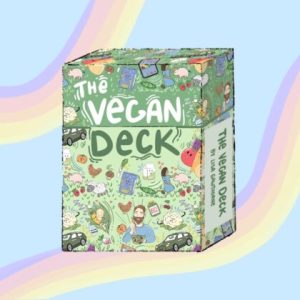 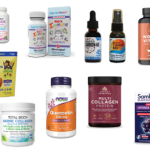 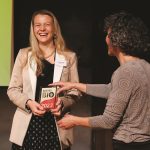