Organic sales at French supermarket chain Leclerc grew by an impressive 22% in 2018 to be worth €930 million, reports the Linéaires.

Linéaire says that this growth “consolidates Leclerc’s place in the top three of the French market, with Carrefour and Biocoop”.

Leclerc president, Michel-Édouard Leclerc, commented: “E.Leclerc still has some way to go to catch up with Biocoop, which justifies a multi-format strategy (hypermarkets and specialized supermarkets), and multi-brand (including Leclerc’s 600-SKU Bio Village own private label organic range).

In December, Leclerc opened its second specialist organic store under the Le Marché Bio brand in Erstein. The first, in Saintes (Charente–Maritime) opened in October and was developed in response to growing demand by French consumers for a deeper range of organic food. Additionally, Leclerc is refreshing its dedicated organic fixtures oil existing stores.

Commenting at the opening of the Saintes Le Marché Bio store, Leclerc’s president said: “Some of the organic industry professionals at the opening were surprised that we can already offer so many products. But this is just the beginning – believe me! We will develop 40 in the coming months, and 200 within three years.” 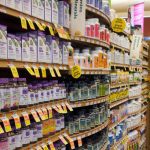 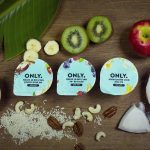