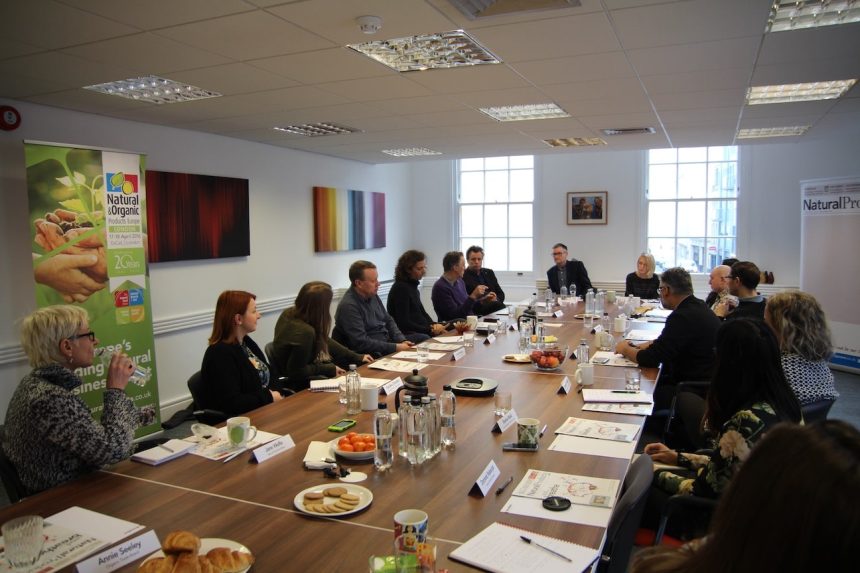 Natural and organic food experts gathered in Brighton (UK) recently for a discussion on ‘Rewriting the next decade for food’. Diane Millis summarises the conversation

Eight leading lights* from the UK natural food industry gathered at NPG’s Brighton offices in January to engage in some shared thinking about the future for the sector.

Session chair, NPG editor-in-chief Jim Manson, started with some scene setting and introduced the four debating topics for the morning’s discussion – ‘Where are we now?’, ‘Chasing trends?’, ‘Shaping a better retail future’ and ‘Brexit: Opportunity or threat?’.

Simon Wright kicked off formal proceedings with a bold statement: “The problem for the natural food industry is basically we won. What were live issues 30 years ago – less pesticides, fewer additives, lower meat consumption, more options for people with allergies and intolerances, getting rid of hydrogenated fats and artificial flavours – these have largely been addressed or achieved,” he said.

“The problem for the natural food industry is basically we won. What were live issues 30 years ago – less pesticides, fewer additives, lower meat consumption, more options for people with allergies and intolerances, getting rid of hydrogenated fats and artificial flavours – these have largely been addressed or achieved”

Others broadly agreed, though pointed out that this was far less likely to be the case in terms of the diets of those in deprived areas and that the challenges of overcoming perceptions regarding cost remained.

For many, it’s not a case of there being insufficient information available – in fact as Wright pointed out “the sheer volume” of writing about food is another noticeable aspect of life today. “Thirty years ago there was hardly any but now there is a tremendous amount of writing about food, 98% of which is rubbish. Consumers have got terribly confused about what they should be eating. There’s a lot of noise and very little clarity based on sound science,” added Wright.

Despite the advent of numerous, and highly popular TV cooks such as Jamie Oliver, most agreed that many were still not emulating what they watched and, for some, the look of their food on Instagram was more important than it’s taste or nutritional quality. As Maria Dawson of Clearspring pointed out: “You have one extreme of people doing lots of cooking but who see it as an image/lifestyle thing and then others who don’t know how to cook and who eat ready meals. Organics is not about a lifestyle; it’s about sustainability”.

The Chef and consultant, Jay Morjaria agreed the power of social media and has not helped spread the core values and messages of the natural food industry: “We live in a delusional world. We need to come back to basics.”

Wright wrapped up the ‘where are we now’ discussion with two final points. The first, was a cautionary tale regarding the intensifying of competition leading to uncertain future for brand success in the long term. “Another challenge for us is that brands used to start in the natural health trade, expand, and then move onto supermarkets. But now, the rise of own/private label in the supermarkets makes it much more difficult for brands to establish themselves and price competition means there is less money to establish news brands as well. So I’m not sure that model is going to work anymore in the future.”

However, his final point was more optimistic. “The Government has become involved in a way I never thought they would as public health provision is now so expensive. I’m working on a Public Health England project to reduce sugar in foods that has firm targets to get reductions by certain dates. Is this because the Government wants us to be happy and healthy? No, it’s driven by the Treasury,” said Simon. “They have looked at the cost of obesity and diabetes and they have realised they can’t afford this. In the long term the Government will be one of our allies, as they can’t afford to bale out people who make poor food choices.”

Chasing trends
There are currently no shortage of food trends/approaches to follow. Whether it’s free-from, clean, vegan, food avoidance, raw, Paleo – the list is long. But is this a sign of healthy pluralism, or worrying fragmentation, and does the natural food movement need to coalesce around a ‘big idea’?

Responding to these questions, Phil Haughton owner of Better Food Company began by saying: “I think back to the foundation of the wholefood movement – Cranks, Neal’s Yard – and now think that the wholefood market has got lost in amongst the free-from and other movements.

“I think back to the foundation of the wholefood movement – Cranks, Neal’s Yard – and now think that the wholefood market has got lost in amongst the free-from and other movements”

“I’m increasingly disillusioned about the industry I find myself in. When I started I just wanted to stock good natural food – that was it. We have the opportunity to realign ourselves to something more wholesome, less market dominated. It would be great to have alignment around a belief or purpose rather than a market.”

Others were more comfortable with the fragmentation. “The sector’s always been fragmented. But the only really authentic story is what you do in your store and how you present it to the customers,” said Alan Martin, owner of Bon Pom and Food For Thought.

With Charlie Booth from Infinity Foods adding: “Fragmentation is fine and good; I think we need it. But with the Organic Trade Board funding and supermarkets coming in stronger, we also need to be strong and united as an independent sector as it’s really key whether we grab enough of our share.”

Another concern around fragmentation and food/diet trends was the potential for mixed-messages and ultimately a confusing picture for consumers. The Horizon documentary ‘Clean Eating – The Dirty Truth’ had only just aired on BBC2, and as Dawson said: “left people even more confused”.

A better retail future
One aspect of the business that seems to be doing better than ever is the retail sector. As Jim Manson, editor-in-chief at Diversified Communications who chaired the session said: “the last 18 months has been a really exciting period in specialist retail with an increase in traditional wholefood stores and openings of new stores, such as the 10,00sqft Liv store in Liverpool”.

Martin agreed that demand is strong, citing the growth he has witnessed at Food For Thought. “We are still growing; Guildford had spectacular sales at the end of last year. We have to keep diversifying the offer we have and we are constantly shifting and starting new initiatives.” As an example of a recent initiative he has instigated, he gave the work the Kingston store is doing with a local food bank, not just donating food but also showing people how to cook it.

There was some difference in opinion regarding the importance of online retailing. Martin explained that he had stopped the online retailing side of his business in order to focus solely on the physical stores as he feels being part of the community is central to business.

However, Andrew Ragatz from Planet Organic highlighted the online shopping offer from the store as a good example of innovation and customer responsiveness. “Retailing via online platforms is where the UK is growing. Planet Organic continues to remain true to organic but in London the fast pace means ‘click and collect’ and delivery are in demand. Planet is listening to customers but is also true to the community feel,” said Ragatz. He added that: “there is a resilience and responsiveness here which is good and that I don’t see in the States”.

In general, there was a lot of optimism about retailing, especially regarding the high street offer. “Retailing has improved significantly – with a resurgence in the high street of more interesting stores,” said Wright. “Supermarkets coming back into the high street in great numbers have helped everyone else in the last five to seven years,” added Houghton.

While Wright also pointed out that the independent sector still has much to offer compared to the multiples. “The multiples’ distribution systems are not that flexible so they can’t tailor their product offering to the demands of the local market in the same way that independents can.”

B is for Brexit
It seems that no meeting of minds can escape some light Brexit conjecture, and this meeting was no exception.

“There’s no way we’ll be able to pass on the full increase in prices so there’ going to be a lot of squeezed suppliers,” warned Wright. Booth agreed: “Infinity is starting to pass cost rises on. We won’t pass it all on and we will take a hit. We need to replace the lost profit margin with higher turnover’.

Regarding legislation, Wright shared his worries: “I have a big concern about organic legislation. We’ve got on okay with EU legislation and I can’t imagine that re-writing it will be a priority for the Government, but they may decide to farm it out to a private company and that could be a concern.”

“If UK law-makers are smart, they’ll simply bring all the existing EU legislation into the UK. We don’t have to re-write everything. And I think anyone who thinks British regulators will reverse things like the Herbals Directive – well, it’s just never going to happen”

Martin agreed: “If UK law-makers are smart, they’ll simply bring all the existing EU legislation into the UK. We don’t have to re-write everything. And I think anyone who thinks British regulators will reverse things like the Herbals Directive – well, it’s just never going to happen. I’d personally like to see all EU regulation brought into UK law, otherwise we’ll never be able to trade with Europe anyway.”

At which point, the meeting came to a close – too much Brexit conjecture is never a good thing. 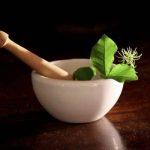 43% of Britons have tried herbal remedies
Next Article 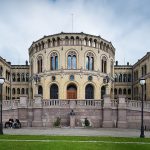