A new study commissioned by trade group Food Supplements Europe shows how savings of €5.3 billion a year could be generated through the daily consumption of 1.7g of phytosterols by the millions of adults aged 55 and over in the EU with severe hypercholesterolemia.

Hypercholesterolemia is the presence of high levels of LDL cholesterol in the blood, which is strongly associated with a higher risk of CVD. Across the EU, 31.1 million over-55s are living with severe hypercholesterolemia. They have an estimated 24.3% risk of experiencing a CVD-attributed hospital event as a result.

Researchers from Frost & Sullivan calculated the economic burden of addressing cases of CVD linked to hypercholesterolemia among this population and discovered it is set to cost EU healthcare systems and providers €1.328 trillion between 2016 and 2020 – €266 billion a year, and equivalent to €34,637 per event.

Phytosterols have been comprehensively shown to reduce levels of LDL cholesterol. Following an analysis of the available science, Frost & Sullivan’s research team concluded that consumption of just 1.7g of phytosterols a day by EU adults aged 55+ with severe hypercholesterolemia would cut their risk of experiencing a CVD-attributed hospital event associated with their condition by 2.3% basis points. In turn, this would result in cost savings of €26.5 billion over five years, or €5.3 billion a year.

The findings of the study are presented in full in a new Frost & Sullivan report: Healthcare Cost Savings of Phytosterol Food Supplements in the European Union.

It is the second study in the space of a year to highlight the potential that exists for generating healthcare cost savings in relation to CVD through more widespread food supplementation among target populations in the EU. In 2016, Frost & Sullivan’s researchers reported that €13 bn a year in healthcare cost savings could be generated through daily consumption of 1,000mg of Omega 3 EPA+DHA food supplements.

Food Supplements Europe chair Ingrid Atteryd said: “A very clear picture is emerging of the significant economic and wellbeing benefits that could be achieved by encouraging more widespread food supplementation among those sections of the EU population at greatest risk of experiencing a CVD-attributed hospital event. Having already demonstrated the cost savings possible through greater supplementation with fish oil, we are now able to see the potential for substantial economies through more widespread consumption of phtyosterols. It’s a clear indication that food supplementation can make a highly positive contribution in the EU both financially and in terms of quality of life.” 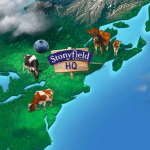 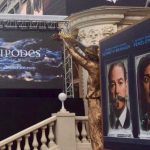