The limits and usefulness of the term sustainability were called into question by key figures within the worlds of animal welfare and organic farming at a webinar co-hosted this week by Natural Products Global and A Bigger Conversation.

Sense, Science and Sustainability (read a review of the full event here) posed the question ‘can genome editing and agroecology co-exist in the sustainable food and farming mix?’. But it also asked broader questions about the way sustainability now often frames the debate on the future of food and farming.

Questions and discussion points put to panellists included “has sustainability become problematic…a word stripped of its useful meaning and now used to justify a range of behaviours, from the best to the worst”, and the suggestion that sustainability was “too elastic” and “muddling our discussions”.

“I think, actually, that sustainability itself is, is not good enough. It’s old hat, we need to move on from there”

Philip Lymbery, global CEO, Compassion in World Farming, was forthright on the subject: “I think, actually, that sustainability itself is, is not good enough. It’s old hat, we need to move on from there, because my basic understanding of sustainability is that it is our ability to do tomorrow what we do today. And in terms of food and agriculture, being able to do tomorrow, what we do today, is not going to be good enough. Being able to just do that when there is increasing demand – billions more people in a resource shrinking world – simply doesn’t add up as a maths equation, and that is why…instead of holding the line, holding on, holding the level of an already diminished food system, we need a regenerative system which is putting back building soil fertility, bringing back pollinators, preserving water and wildlife and enabling us to produce more in the future in ways which are genuinely in harmony with nature and protecting our very life support system.”

Farmer, and founder of Riverford Organic, Guy Singh Watson said he tried “to avoid using the sustainability word”. He commented: “The only sustainable farming I’ve seen has been highly-integrated, small-scale agriculture is in Uganda… it’s the only example of agriculture that I’ve seen globally that gives me any hope at all and I think it’s the only one that I’ve seen that that really warrants the use of the word sustainable. Nothing we do, no farming I’ve seen in this country, is sustainable including my own.”

Lawrence Woodward, a director of Beyond GM, and founder of the Organic Research Centre, said that, if there was a problem with sustainability, it was that “so many things have been brought together under one umbrella name”. More focus should be applied to the notion of “limits and boundaries”, he said.

“…In terms of plant breeding and using GM, the only approach to plant breeding that actually does set a limit is biodynamic/organic plant breeding. There’s clearly a definition, and the terms of those approaches set out, that breaking species barriers, going into the plant below the level of the cell, is completely out. So they have defined and set a scope and a boundary.

Woodward suggested that catch-all terms such sustainability shift away from their original meaning. A similar fate was now affecting ‘agroecology’, he suggested. Originally “a socio-economic movement (that) deals with food sovereignty and rights”, agroecology’s usage was now often far removed from those goals and increasingly seen in terms of “a menu of techniques.”

Woodward added: “So, if we want to find something that’s different from the word sustainability, and we have to, then we need to be clear about the other terms that we use, and what flows from the use of those terms.” 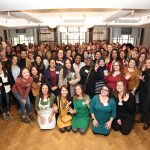 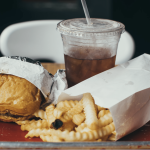