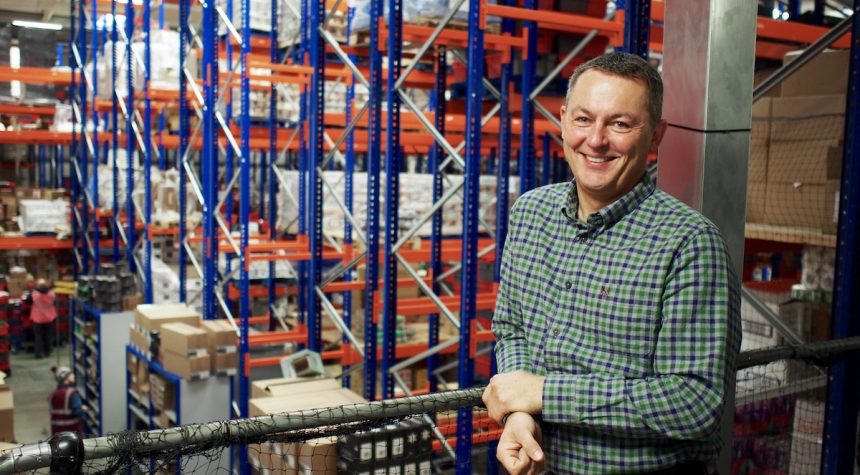 A prominent natural food retailer told us recently that CLF Distribution had “transformed” his business – and the wider health food trade. For CLF’s founder, Robin Holiday, that was always the plan.

Robin Holiday and his UK company CLF Distribution have come a long way since 1998, the year he first set up in business.

In 2004 the business was rebranded, from the original name of AST Sports Science to CLF Distribution (the initials are from the first names of Holiday’s three children). 2004 was also the year the company started supplying sports nutrition products to the health food trade.

When CLF made its first forays into the health food trade, Holiday was well aware that he putting his business up against some big, long established wholesalers. There was some wariness among retailers about a new player appearing on the scene, particularly one that didn’t have its roots in the health trade.

So Holiday did a small survey among his new health store customers and asked them what they would want from a new wholesaler in the market. “It was clear to me that they wanted support with IT and modernizing their businesses in terms of logistics. So that’s what we set out to do, and in 2004 we launched our Emporio epos system.”

From then onwards it has been business not as usual for health food wholesaling, as CLF has refined and extended its distinctive IT-led wholesaling offer. One prominent natural food retailer told NPN recently that CLF had “transformed” his business and that of the wider health food trade. For Holiday, that was always the plan. “We set out to be a disruptor, a business that changes the way people think, behave and do business in the health food trade,” he says.

To carry retailers with him Holiday knew he had to demonstrate that they would be direct beneficiaries of CLF’s high-tech approach. “I thought that if we could provide the tools that allow retailers to get on with actually retailing, then we would have succeeded – and everyone benefits,” says Holiday.
Today, CLF – which now operates out of a purpose-built 40,000sq ft facility near Southampton that carries over 18,000 products – is one of the biggest wholesalers in the specialist health food sector, with sales of £34 million.

Natural innovators
Over the past 12 years CLF has ushered in a host of innovative practices. Perhaps the biggest impact has been its next-day delivery service – which now operates seven days a week (for orders made before 4pm). This draws on the ability of the retailer’s Emporio epos system (250 retailers now use it) to talk with CLF’s warehouse, and means that stock can be replenished at the touch of a button.

Comments Holiday: “Provided we pick with 100% accuracy we can just talk back to the epos system and the retailer can put the product back onto the shelf without having to check it. That’s been the big transformation. And it’s based on the retailer’s trust about our accuracy, and the value of any errors being so small that it’s not worth double-checking against a piece of paper.”

High levels of order accuracy are achieved by the way orders are picked and packed. Every item is scanned and webcam recorded as it goes into the delivery box. A sophisticated weights-based system now offers an additional layer of quality control.

The majority of CLF retail customers now order on a daily basis, six days a week. A few bigger stores choose to order seven day a week, or – Planet Organic as an example – will order at lunchtime for an evening delivery, so they can refill shelves overnight.

In it together
Early last year CLF changed its strapline from ‘CLF – Distribution with a difference’ to ‘CLF – In it together’. It is an important statement of intent, says Holiday: “I’ve always said to retailers, without their business we don’t have a business. So we are in it together, because without a wholesaler who can provide them with the efficiencies that CLF can bring, their businesses are going to be more challenging. They’ve got rental pressures, higher employment costs, rate reviews and other business pressures. So what they need to be able to do is concentrate on growing sales and reducing their stock control and replenishment costs. That’s what we set out to do and we do it by re-investing profits back into IT and other services that drive footfall.”

CLF also re-wrote its missions statement, which now declares: “We devote our business to independents, and refuse to supply corporate giants such as Amazon, Holland & Barrett, Tesco NutriCentre and mass-market grocery chains.” Holiday stresses that the full mission statement is audited independently by Nexia, Smith & Williamson.

“We did get an approach from Amazon, asking us to supply them. And I wrote back and said ‘no, I am not interested in supplying Amazon – please find attached our mission statement by way of an explanation’”

“We did get an approach from Amazon, asking us to supply them. And I wrote back and said ‘no, I am not interested in supplying Amazon – please find attached our mission statement by way of an explanation’. I blind copied all my customers and got a whole load of supportive emails back”.

There’s an app for that
Given the self-imposed constraints on the business (ruling out selling to the big online operators and supermarkets), CLF needs to find ways of helping its health store customers to sell more, and be more competitive and agile. So the company is continuing to innovate and invest in areas that strengthen the hand of the independents.

For example, it has developed a new app-based ordering system for customers who don’t have epos but want to be able to do gap filling. Using the company’s app paired with an iPod Touch (housed in a hand-held cradle and pistol-grip), retailers can reorder from the shop floor by zapping the products on shelf. Orders placed before 4pm using the system qualify for the same next-day delivery service.

Another significant investment has been made in custom shelf-edge labelling. Using either the epos system or app, retailers can create shelf-edge labels of varying sizes that might include pricing, bar codes and flag up a range of product attribute logos (nut-free, dairy-free, organic, vegan, raw, sugar-free, Fairtrade, paraben-free, low-FODMAP and so on). “It’s a really great tool for retailers because it will only return the results of products they have. So they can quickly navigate a customer around the store and say ‘we’ve got three nut-free beverages, here, here and here’, for example,” says Holiday.

CLF is also adding new features to its ‘Etail Stars’ initiative. The company operates the e-tail shops for a growing number of health food and organic brands. For a number of years it has been running a postcode payment system, in which CLF’s retail customers are assigned a postcode area and then paid the full retail margin on orders placed by consumers who live within that area (in the form of a monthly credit note). Now the company is offering consumers a click and collect option. “Because we deliver to those retailers daily we can offer those consumers click and collect, which drives the consumer back into store to pick up the parcel and offer the retailer the opportunity to build that relationship.

“Click and collect is an evolution of what we’ve been doing for a while. We now have a situation where we operate the etail sites for 24 key brands, and we’re adding more all the time. What we’re saying to retailers is, ‘look, with this initiative the retail margin goes to you, and you don’t have to do any work for it’. The top retailer last month got an £80 credit note because the sales were in his postcode. As we scale this up – we’d like to get to a hundred sites – we could get to a situation where a retailer might get £400 for doing nothing. Then it all starts to make sense.” Holiday insists that the only discounting the sites are permitted to do is where the same offer is made to stores.

Other innovations in the pipeline include a partnership with NearSt, an app-based shopping tool that directs consumers to local shops who stock the products they’re looking for. “NearSt was started by two young entrepreneurs who felt that online giants like Amazon are decimating high street businesses – and who wanted to do something about it,” says Holiday. “They started with books and have moved into areas like bike shops, and now they’re trying to establish in health food. We are helping with that and we’ve got a demo site set up. It works by initially offering a free trial, and then after that retailers pay 6% of what the customer orders via the app. The app literally walks you to the store using google maps.”

Mass-market tools
A little further down the line CLF’s retail customers could start to see the introduction of benefits normally the preserve of mass-market retailers. For example, the company is currently working on an out-of-stock guarantee. “The big benefit for retailers is that they don’t have to stress about something being out-of-stock because they’ll be indemnified for any lost margin.” Holiday sees the initiative as a two-phase project, with suppliers coming on board in phase II – possibly at the end of 2017. He admits that there are “certain challenges to overcome”.

“.. if we can give retailers the tools to behave like the mass market, we can then ask for things that the mass market ask for – which will make us more competitive as a sector’

So, how would Holiday describe CLF’s relationship with suppliers? “I think sometimes we’re quite challenging to deal with because of our approach to things. But there are things that suppliers really appreciate. For example, the detailed reports they get, which allow them to see their stock at CLF, our sales out and so on. So we’re giving suppliers some really useful tools. We’ve been able to demonstrate that many promotions are really not good value for suppliers. If a brand puts on a 20% promotion, out of 250 retailers just two or three will pass it on. What you get is the whole supply chain filling up with cheap stock, 20% discounted stock, and the consumer gets nothing. So we think that retrospective promotions are the way forward because brands are able to promote knowing that they’ll only pay when they know the consumer gets the offer.

“We’ve run a retrospective promotion pilot, which was well received by brands and retailers, but we won’t do a full launch before spring 2018. But again, if we can give retailers the tools to behave like the mass market, we can then ask for things that the mass market ask for – which will make us more competitive as a sector.

“And that is exactly what CLF is about. We’ve got all this data infrastructure that drives business through independent retail and makes our business stronger when we do that.” 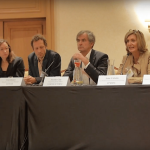 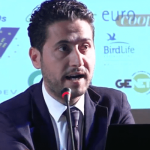