Via statements on their websites it has been confirmed that Tree of Life and The Health Store have entered administration.

The ‘affairs, business and property’ of both major health food wholesalers – owned by Health Made Easy Group – are now being managed by joint administrators Chris Pole and Ryan Grant of Interpath Advisory, who were appointed on 22 August to act as insolvency practitioners by the Institute of Chartered Accountants in England and Wales.

Health Made Easy – which also owns Peppersmith and Higher Nature – is yet to release a statement about the developments but NPN understands it is their intention to do so.

The Peppersmith website states: “We’re sorry to say we’re not able to take orders at present. We’re doing everything we can to be back up and running soon. Sorry for any inconvenience caused.”

In July, following rumours that the business was preparing to enter administration, Health Made Easy Group told NPN that the group had recently ‘undertaken a reorganization of the business, which has included management’ and was ‘looking to realign its banking facilities to fit and support its revised strategy’.

“The group is facing up to the challenging circumstances of inflation impact and supply issues, as are many businesses at this time. We are working collaboratively alongside our longstanding suppliers and customers.”

NPN has contacted Health Made Easy Group and Interpath Advisory for comment.

“The management have let an awful lot of retailers down. For weeks we’ve not been able to order what we wanted. [Tree of Life] staff had been a bit vague and then I saw from Facebook that they’ve gone into administration. I asked them if there [was] actually any stock in the warehouse on 17 August.

“Before they demutualized I was on the committee with a couple of other retailers. We fought really hard against this demutualization. We were just trying to tell as many people ‘Do not vote for demutualization, I know you’ll get your shares money’ – but, you know, in the longer term, it’s not a good thing.

“That was beginning at the end, in my opinion, anyway. Retailers have been kept in the dark. The only reason that we started questioning things was when trying to go on their web ordering, and whole ranges are out of stock on basic items. And it turns out, they’ve been not been paying the bills. And they were screaming at retailers. I had one invoice for at £118 that was overdue. I got a red email for it.

“I’m just going to have to try and find another wholesaler. I’m quite lucky in that we don’t sell that much food here and most of my supplements come direct from suppliers.”

The post Tree of Life and The Health Store enter administration appeared first on NP NEWS | The online home of Natural Products magazine. 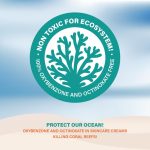 Cosmetics and climate change
Next Article 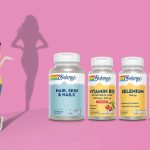