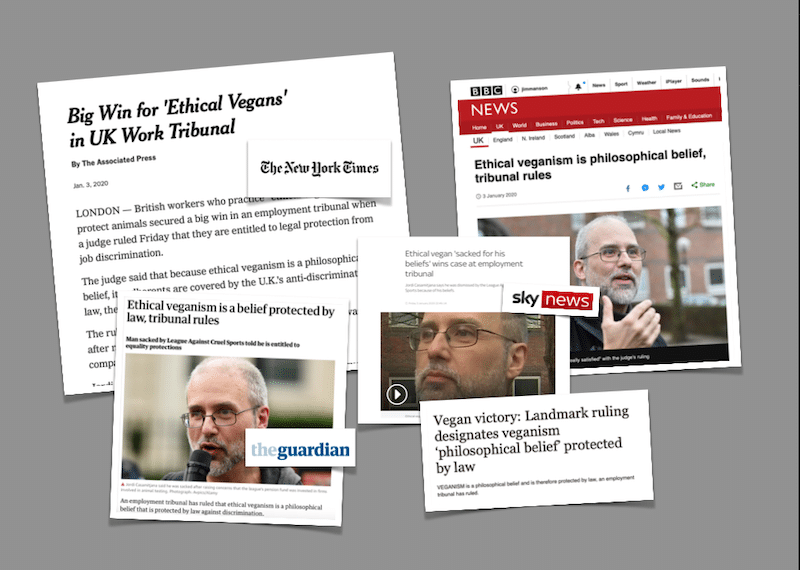 In a landmark legal case, a UK tribunal judge has ruled that ethical veganism qualifies as a ‘philosophical belief’ and therefore must be afforded special protections under equality law.

The case was brought by vegan activist Jordi Casamitjana, who took his former employer – the League Against Cruel Sports – to an employment tribunal for allegedly sacking him after he revealed that the organisation invested its pension funds in companies involved in animal testing (the animal welfare charity says that Casamitjana was sacked for gross misconduct).

Casamitjana, who has crowdfunded his legal action, said he is brought the case to prevent vegans from facing “veganphobia” at work or in public.

At Norwich Magistrates Court on Friday, Judge Robin Postle ruled that ethical vegans should be entitled to similar legal protections in British workplaces as those who hold religious beliefs.

To qualify as a philosophical belief under the Equality Act 2010, ethical veganism needed to satisfy a series of tests several tests – including that it is worthy of respect in a democratic society, not incompatible with human dignity and does not conflict with the fundamental rights of others.

Judge Postle said: “I am satisfied overwhelmingly that ethical veganism does constitute a philosophical belief.”

The BBC’s legal correspondent, Clive Coleman  said that the ruling would have far-reaching effects. In a special commentary, he said: “Though a ruling from an employment tribunal does not amount to binding legal precedent, this one will have important and far-reaching effects.

“Employers will have to respect ethical veganism and make sure they do not discriminate against employees for their beliefs.” 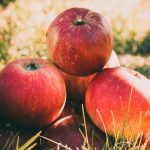 Now this is personal: PN gets formal definition in bid to change ‘healthcare landscape’
Next Article 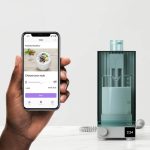 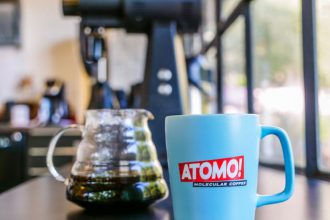