The commercial, the brand’s first ever British TV ad for Weleda Skin Food, will spearhead a £1 million integrated marketing campaign to promote its hero range.

Employing CGI to communicate the efficacy of Weleda’s organic ingredients, the commercial will air on primetime across the ITV Central, Meridian and Granada regions, reaching an estimated audience of nearly eight million people and garnering over 30 million views.

“We are proud to be able to bring our iconic and much-loved Weleda Skin Food to screens this autumn, for the very first time, with such a powerful commercial,” says Weleda UK’s head of brand Helen Yeardsley. “It’s an exciting opportunity for all our stockists to get involved. We can’t wait to see our hero range flourish!”

It’s an exciting opportunity for all our stockists to get involved. We can’t wait to see our hero range flourish!

The advert will be complemented by a colourful digital advertising and social media campaign expected to reach an additional three million consumers, and print advertising in key media titles such as the Evening Standard to dovetail with a sampling campaign offering 100,000 trial packs of Weleda Skin Food during British Beauty Week (5-11 September) and London Fashion Week (16-20 September).

Weleda will once again sponsor shows at London Fashion Week in September, ensuring MUAs have the Skin Food range to hand to prep models for the catwalk, and will be sponsoring The Model Zone for the thirteenth year. 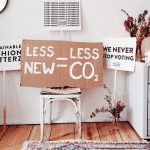 Baby boomers ahead of Gen Z in sustainable habits
Next Article 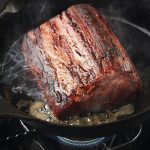 1 hour ago
Featured Supplier! Sun Chlorella have been at the forefront of research and development for natural whole food supp… https://t.co/N2i3m48o9t