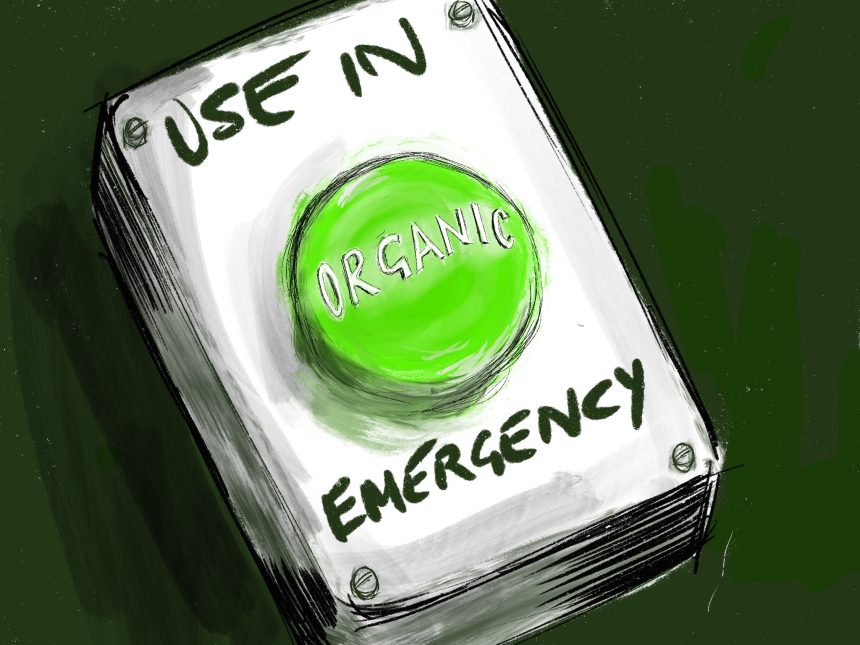 Time is running out to avert a climate catastrophe and the role of food and farming is coming into sharp focus. Organic farming offers multiple climate change mitigation benefits. Now the organic industry must show it is mission ready, writes Jim Manson

In October last year a group of the world’s leading climate scientists warned there was just 12 years left to prevent an irrevocable climate catastrophe (if you want to know what this would look like take a read of David Wallace-Wells’s essay The Uninhabitable Earth whose famous first line reads “I promise you, it’s far worse than you think”).

Earlier in the year a separate group of scientists warned that the Earth’s sixth mass extinction is now well underway, evidenced by the “biological annihilation” of wildlife in recent decades (a process accelerated by climate change).

These two events fired the starting gun of a new phase of environmental activism. In Sweden, Greta Thunberg began her school strike for the planet, soon to be joined by hundreds of thousands of school students around the world. A few months later Extinction Rebellion was founded in the UK, quickly sweeping up supporters across the planet to demand that governments “tell the truth about the climate crisis”.

Fast-tracked
These campaigns have fast-tracked public awareness of the consequences of runaway global heating – drought, food shortages, mass migrations, the breakdown of law and order and financial systems – pushing the issue rapidly up the political agenda. There can be little doubt now that disruption to the earth’s climate will dominate global affairs in the coming years.

The vocabulary of climate change itself is more urgent: Global warming has been re-designated ‘global heating’, climate change has become the  ‘climate crisis’. By August of this year 935 jurisdictions in 18 countries had a declared a ‘climate emergency’. More evidence of just how quickly the climate debate is moving.

One of the biggest contributors to greenhouse gas emissions is agriculture, producing as much as a third of total emissions. So, the question of how we should farm, and how we should utilise land more generally, has taken on a whole new level of importance.

In recognition of this, the Intergovernmental Panel on Climate Change (IPCC) recently commissioned a major collaborative study on the subject. The work of 107 experts from 52 countries, the Climate Change and Land report (all 1300 pages of it) was published in early August 2019.

Which brings us to organic.

Organic farming’s multiple climate change mitigation benefits are well established and documented – more efficient at carbon sequestration, lower nitrous oxide emissions (with 300 times more potent warming impact than CO2) and lower overall energy use among them. Yet, in the 40-page Summary for Policymakers of the IPCC report, organic farming/agriculture gets just a single specific reference.

While the organic community has welcomed the report in broad terms, that solitary reference to organic farming – among a list of generic agroecological approaches – should sound a warning to the sector. Increasingly, organic is being bundled with a range of ‘sustainable practices’ (integrative farming , nature based solutions, sustainable intensification, climate smart agriculture, conservation agriculture and so on). The impression created is that these all have a rough equivalency – yet some really are little more than catchy word combinations.

Organic farming, with several decades of development, scientific research and market building behind it in its modern form (and origins dating back to the 1920s), ought to be the benchmark for sustainable agriculture and the favoured model for policy-makers.

Anything but organic
But as the Dutch organic advocate Ronald van Marlen has pointed out, in international policy circles “there is an increasing avoidance of the ‘O’ word”. Instead, he said, “we hear all the alternative words and discourses – almost anything but organic”.

It’s not just on the policy-making front that organic will have to compete harder to make its voice heard. Climate-anxious consumers want the food choices they make to align with the approaches they think offer the most effective solutions.

New consumer priorities are already feeding through to the market. The dramatic growth of the plant-based food and vegan categories is in part a response to the headline-grabbing ‘eat less meat’ message from climate campaigners and expert groups like the IPCC.

When the extraordinary growth rates seen in Sweden’s organic market slowed dramatically to 4% in 2018 (from 20-40% between 2015-2017), the specialist organic consultancy EkoWeb suggested it was, in part, the result of the retail industry shifting its focus away from organic to other ethical labels and value propositions in response to those changing consumer priorities. Plant-based, vegan and local/Swedish were the winners in 2018 as shoppers placed their votes at the checkout.

One of the striking features of the rise of veganism in the UK (+260% in 10 years) is the way the vegan movement has commanded the attention of consumers and the media. An energised campaigning style has captured the mood of the time and helped recruit swathes of new followers. While aiming to be more inclusive than it once was, vegan messaging in 2019 is all about driving cultural change and unafraid to engage on issues “built around justice”, as the founder of the Vegfest events, Tim Barford, has pointed out.

By contrast, organic messaging which has drawn heavily in recent years on the language of mainstream food industry marketing (precisely to make it appeal to a more mainstream audience), suddenly sounds out of step with urgency of the task in hand.

Mission ready
The climate crisis is a massive challenge for society. It is also provides an opportunity for organic to decisively demonstrate its continuing relevance. It needs to too, because despite record growth of organic farmland in 2017, it still only brought the world’s total organic farmland percentage to just 1.4% – a “paltry” figure, to quote the IFOAM blog Organic Without Boundaries.

The organic advocacy group IFOAM EU, which has done extensive work in this area, makes an important point in a 2016 report when it says that “climate change is not (and should not be) the primary objective of organic farming”. But the pace of change in the climate debate could force the industry to revise its thinking.

To move organic to the heart of future food and farming policy making, the sector must show convincingly that organic agriculture is a proven ‘whole system’ approach that delivers both on greenhouse gas emission reduction targets and the IPCC’s wider social and equality goals.

The planet has been placed on an emergency footing. Organic must be mission ready.

* The World of Organic Agriculture 2019, IFOAM/FiBL 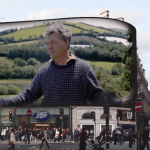 Pointless choice: How the market turned us into ‘passive consumers of crap’
Next Article 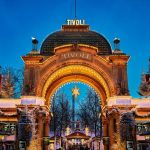