Hong Kong-based editor and green entrepreneur Sonalie Figueiras predicts the biggest plant-based trends of 2018 and asks if 2018 will be the year of the vegan.

Never in the history of the world have so many people become so dedicated to eating mostly plants. The global population is increasingly worried about the ethics of factory farmed meat and the effects of a meat-heavy diet on their health.

In absolute terms, the numbers are still small, but if you look at growth indicators, they tell a different story: veganism is on the rise in Asia, has grown by 500% in the US since 2014 and 360% in the UK over the past 10 years and over 4% of the German population is vegetarian. Not to mention that 31% of Americans practice meat-free days. On the business side, the plant-based movement now has its own policy advocate in the form of the Plant Based Foods Association to lobby for more inclusive and layered regulation. Below are some of the biggest trends you can expect to see in 2018.

Transparency & Traceability Will Become The Norm
Millennials are the most connected generation in history. In fact, many of them don’t remember a time before everyone had a mobile phone in their hand. They have unprecedented access to information, which allows them to be more discerning about the food they eat and the groceries they buy, not to mention the companies behind them. Not only are they more likely to identify as conscious consumers (66% are willing to spend more on a product if it comes from a sustainable brand) and they are extremely concerned about their health from a young age. This makes them more demanding than previous generations when it comes to ingredient labels, corporate values and product seals and certificates. Newer niche brands have been able to grab market share in crowded supermarket shelves thanks to their commitment to an ethical supply chain, more wholesome ingredients and clear labelling.

Big Food Is Getting Involved
The world’s largest food companies are no longer staying on the sidelines of the vegan movement: they are getting more aggressive with vegan product line expansions and plant-based acquisitions. US poultry giant Tyson Foods illustrated its commitment to cleaner meat with an investment in Beyond Meat, Ben & Jerry’s continues to create more vegan flavors after the massive success of the initial four, global FMCG Unilever double downed on its plant-based commitment by acquiring vegan mayonnaise purveyor Sir Kensington, while rival Nestle grabbed vegan meat company Sweet Earth. We forecast a great deal more announcements like this as global conglomerates wrestle with new consumer appetites.

The Future Of (Fast) Food Is Plant-Based
With the uptick in vegan and plant-based fast food concepts from Plant Power Fast Food to Amy’s Drive Thru, the biggest fast food players are making their menus more vegan-friendly to cater to a wider swath of customers: McDonalds has begun trialing vegan burgers, Pizza Hut UK launched vegan cheese, as did competitor Pizza Express and Starbucks is committed to featuring vegan snacks. Still, consumers are increasingly showing support towards the newer plant-based chains like trendy vegan fast casual By Chloe, which serves 110,000 meals a month and is expanding internationally starting with the UK capital London in 2018, with plans for the Middle East and Europe.

More Clean Meat Innovation Is Coming
With a growing demand for ethically created and sustainably produced food, clean meat brands that combine technological know-how with a commitment to reducing the environmental stress caused by meat factory farming are becoming household names, with the industry positioned to be worth USD 5.2 billion by 2020. From meat imitation companies like Beyond Meat (boasting investors from Asia’s Lee Ka Shing to Bill Gates to Leonardo DiCaprio) and Impossible Foods (who recently closed a USD 75 million funding round in July this year led by Singapore investor Temasek Holdings), to New Wave Foods, a California startup disrupting the seafood industry with a seaweed shrimp alternative to Memphis Meats’s lab grown meat (who also closed a Series A funding earlier this year with notable investors such as Richard Branson), this space is heating up and there are more product breakthroughs to come. Our prediction? There will be more innovators from Europe and Asia to add some diversity to the US-heavy headlines mix, with Germany a strong contender.

Other notable plant-based trends we foresee:

• Dairy-Free Boom: The dairy-free industry will continue to boom with many more dairy-free milks, yogurts and cheese to launch- it’s expected to be worth USD 11 billion by 2019.

• Plant-Based Menus: Restaurants will introduce more dedicated vegan dishes and menus in an effort to broaden their customer base and appeal to changing tastes, and award-winning chefs will challenge themselves to create plant-based gastronomic experiences.

Invasion of Ukraine highlights why sustainable agriculture is more resilient

64% of Americans Have Never Been Asked To Eat More Plant-Based, Despite the Climate Benefits: Yale Study

Perfect storm: Understanding why plant-based is suddenly under attack 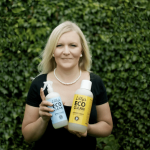 ‘We’re making cleaning into a sort of mindfulness'
Next Article 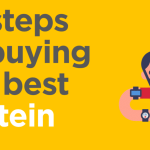 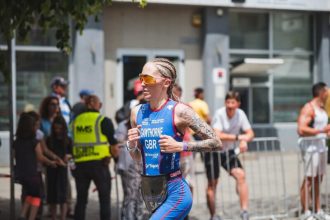 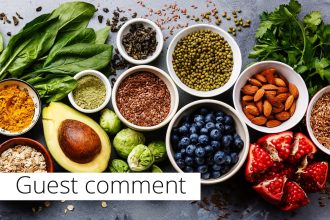 Invasion of Ukraine highlights why sustainable agriculture is more resilient 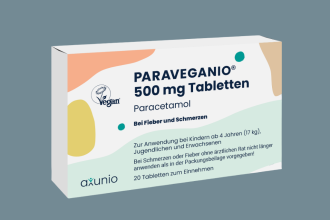 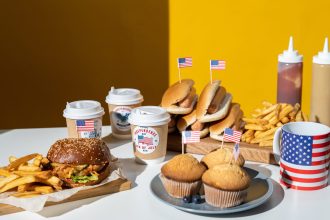 64% of Americans Have Never Been Asked To Eat More Plant-Based, Despite the Climate Benefits: Yale Study