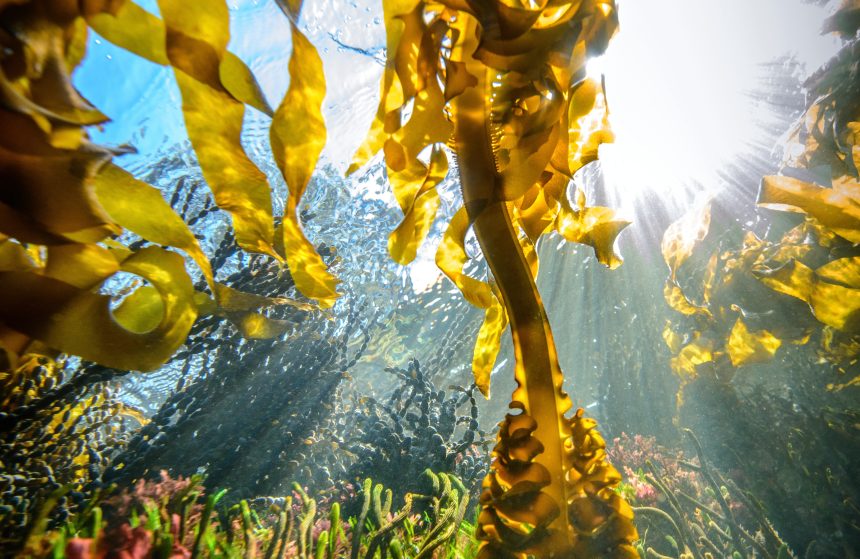 Leading Australian biotechnology company, Marinova – the world’s only supplier of certified-organic fucoidan – expects interest in this trending marine ingredient to grow quickly in the natural products industry as research continues to reveal the exciting health potential it offers.

Fucoidan is a bioactive polysaccharide extracted from the cell walls of brown seaweeds. It forms part of a complex natural defence mechanism, providing the seaweed plant with protection from viruses and bacteria and allowing it to sustain itself in harsh aquatic conditions.

For centuries, Asian cultures have recognised fucoidan-containing seaweeds as beneficial to human health. An oft-cited example is the Okinawan people of Japan whose diet is rich in brown macroalgae. The Okinawan population is well known for having one of the longest lifespans in the world, including extremely low incidences of cardiovascular disease and cancer. It is only in recent years however, that fucoidan has attracted the interest of medical researchers in the western world.

Credible science
Dr Helen Fitton is Marinova’s chief scientist and recognised as a world-leading authority on fucoidan. “There is increasing consumer demand for natural and environmentally sustainable ingredients that are backed by credible scientific evidence,” she explains. “Fucoidan has enormous potential in a wide range of human health applications, and the evidence supporting the beneficial properties of fucoidan has increased enormously over the past two decades. This is largely due to the advent of technologies that enable the extraction of fucoidan compounds in their natural form.”

“Fucoidan has enormous potential in a wide range of human health applications, and the evidence supporting the beneficial properties of fucoidan has increased enormously”

Traditionally, manufacturers have extracted fucoidan with the aid of chemical solvents that, says Marinova, inevitably degrade the natural polymer and can result in contaminants being present in the final extract. Australian innovation has seen Marinova develop unique aqueous technology to produce fucoidan that preserves the integrity of the natural chemical structure and remains free from any undesirable residues. It also complies with rigorous global quality standards and regulatory requirements.

With this technological breakthrough came significant opportunity to develop novel bioactive ingredients for nutritional and human health applications. “The advent of the Maritech extraction technology was key to our ongoing research and development,” says Dr Fitton. “Whilst Marinova operates its own R & D programme, we also supply high purity fucoidan to other leading research institutions and collaborate on a wide range of trials across the globe. We are driven by the undeniable potential fucoidan has for the betterment of human health.”

Fucoidan has proven bioactivity across a number of key areas including digestive health, immune modulation, anti-inflammation, viral inhibition, anti-cancer, stem cell mobilisation, cardiovascular health, skin protection and anti-ageing. “There are rigorous studies that support the potential benefits across all these areas,” says Dr Fitton. “Fucoidan has potential for use in integrative oncology, with trials demonstrating a lack of interaction with common anti-cancer treatments, and potentially reducing the side effects. Studies also indicate that fucoidan boosts the immune response in cancer patients, therefore increasing the body’s ability to fight infection, and significantly inhibits chronic inflammation. Aside from these therapeutic anti-cancer treatments however, we are also seeing a marked interest in fucoidan for inclusion in a diverse range of other natural products.”

With Maritechfucoidan being supplied as a water soluble fine powder, it is increasingly being utilised across the pharmaceutical, nutraceutical, medical device and dermatological industries. Readily formulated into tablets, capsules, beverages, sprays and creams, fucoidan is becoming increasingly common as an active ingredient in digestive therapies, immune support formulations, functional foods and beverages, and skin care products.

Unique nutrients
The ability of macroalgae to shield themselves from external antagonists has enabled many species to build up rich stores of unique nutrients, many of which are now in demand in today’s human health markets. “This understanding, coupled with the current demand for plant-based ingredients, has resulted in fucoidan being more widely utilised. Maritechfucoidan is now included in everything from dietary supplements to nasal sprays, through to gut health formulations and immune system boosters.”

Seaweed source also plays a critical role in fucoidan quality. Marinova extracts fucoidan from two different species of seaweed, Undaria pinnatifidaand Fucus vesiculosus,harvested from only the cleanest oceans, including the pristine waters of Tasmania, Patagonia, Nova Scotia and Brittany. As macroalgae can be highly efficient in their uptake of surrounding heavy metals and excess nutrients, harvesting from clean waters has direct implications on fucoidan quality. Marinova’s location in Tasmania – Australia’s only island state, and an innovative marine science hotspot – is not only deliberate, but has been a crucial element to the company’s success.

“How we harvest the seaweed is becoming just as important as where we harvest it,” says Dr Fitton. “The demand for environmentally sound products is increasing, and the sustainability of our resources fits well with these trends. All our seaweeds are hand-harvested and in some waters, we are even harvesting an introduced pest which is in turn supporting local native biodiversity. Furthermore, our manufacturing process has evolved to the point where it produces zero waste. Once the fucoidan is extracted, both the solid and liquid by-products are redirected for use in horticultural applications.”

Dr Fitton continues, “High quality, organic, algae-derived ingredients backed by credible science satisfy consumer demands on all fronts. With its wide range of bioactivities, fucoidan is an exciting ingredient that manufacturers of natural products would do well to consider. We anticipate the interest in fucoidan will only continue to grow as research continues to reveal the extraordinary health potential it offers.”

Marinova is based in Tasmania, Australia. Further information, including details of their Maritech® fucoidan range, can be found at www.marinova.com.au

Dr Helen Fitton (pictured) is Marinova’s Chief Scientist and an Adjunct Senior Researcher at the University of Tasmania.

Dr Fitton is recognised as a world-leading authority on fucoidan compounds. Her areas of expertise lie in polymers for biomedical applications, with a focus on natural polysaccharides from marine macroalgae. She holds a BSc (Hons) in Biochemistry from the University of Manchester, a MSc in Mineralised Tissues from University College London and a PhD in Applied Chemistry from Aston University.

To date, Dr Fitton has been a key contributor to over 35 published research papers and three book chapters, as well as the review of countless fucoidan and macroalgae focussed research papers. Dr Fitton was instrumental in developing Marinova’s Maritech fucoidan extracts and has led the science in creating effective new products for use in a range of nutritional, pharmaceutical, medical device and dermatological applications. 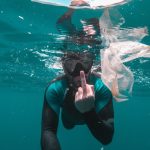 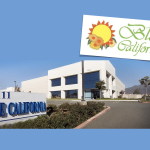 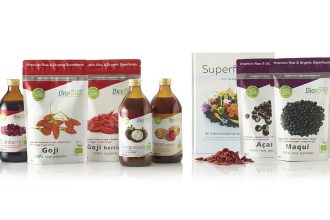 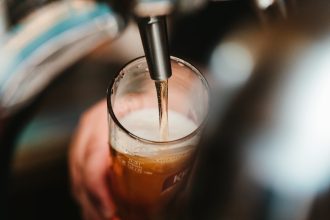 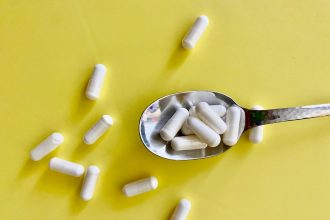 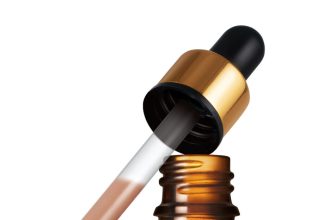