In a talk prepared for the recent Nordic Organic Food Fair, NPG editor Jim Manson explains why he thinks we need to remake the case for organic in a climate crisis.

I want to start with a statistic that I think should make us all sit up.

But it isn’t this one.

I wanted to show this headline, this statistic, because it’s just one of the many ways to show that organic is a remarkable success story – particularly in the way we’ve built this enormous global market. And $100 billion is an enormous amount of money by almost any measure.

But this is the figure I find myself always coming back to:

A figure described as “paltry” – not by me, but IFOAM, the international organic organization and co-authors of the very same report.

Now, if you were one of those people who likes to criticize – and take down (and there’s a few of them of them out there) – organic, you would probably be saying, ‘why are even talking about organic’? You would be saying that organic is a statistical irrelevance. And even if you weren’t someone naturally ill-disposed – let’s say you’re a food policy expert at the WHO, you might still be left thinking ‘can we afford for organic to catch up?’

Why does this matter? And why do I think we need to be having a conversation about this?

Lots of us got into organic to because we wanted to change the world, and because we wanted to spread the word about the benefits of farming with the grain of nature – and making organic available to everyone (IFOAM has a stated aim to see ‘organic on every table’). We too should share some frustration about still being a stuck at 1.4%.

And that’s where I want to go next.

In October last year a group of the world’s leading climate scientists warned there was just 12 years left to prevent an irrevocable climate catastrophe. If you want to know what this would look like take a read of David Wallace-Wells’s essay The Uninhabitable Earth – whose famous first line reads “I promise you, it’s far worse than you think”.

And I think this event – this declaration – fired the starting gun of a new phase of environmental activism. In Sweden, Greta Thunberg with her school strike for the planet. A few months later Extinction Rebellion was founded in the UK, quickly sweeping up supporters across the planet to demand that governments “tell the truth about the climate crisis”.

These campaigns have fast-tracked public awareness of the consequences of runaway global heating. And I think there can be little doubt now that disruption to the earth’s climate will dominate global affairs in the coming years.

The vocabulary of climate change itself is more urgent: Global warming has been re-designated ‘global heating’, climate change has become the  ‘climate crisis’. By August of this year 935 jurisdictions in 18 countries had a declared a ‘climate emergency’. More evidence of just how quickly the climate debate is moving.

One of the biggest contributors to greenhouse gas emissions is agriculture, producing as much as a third of total emissions. So, the question of how we should farm, and how we should utilise land more generally, has taken on a whole new level of importance.

Now, in August this year the Intergovernmental Panel on Climate Change (IPCC) published a landmark report (1300 pages ) on this subject – called the Climate Change and Land report.

Which brings me back to organic.

Yet, in the 40-page Summary for Policymakers of the IPCC report, organic farming/agriculture gets just a single specific reference.

I think that solitary reference to organic farming – among a list of generic agroecological approaches – should sound a warning to the sector. Because, increasingly, organic is being bundled with a range of ‘sustainable practices’ (nature based solutions, sustainable intensification, climate smart agriculture, conservation agriculture, integrative farming  and so on). The impression created is that these all have a rough equivalency – yet some of these are untested, unsubstantiated – and little more than ecological wishful thinking.

Organic farming, with several decades of development, scientific research and market building behind it in its modern form (and origins dating back to the 1920s), ought to be the benchmark for sustainable agriculture and the favoured model for policy-makers.

But is it? Have a look at what the Dutch organic advocate Ronald van Marlen has to say. He says that in international policy circles there is an increasing avoidance of the ‘O’ word” – organic. Instead, he says, “what we hear are all the alternative words, the alternative discourses – almost anything but organic”.

It’s not just on the policy-making front that organic will have to compete harder to make its voice heard. Climate-anxious consumers want the food choices they make to align with the approaches they think offer the most effective solutions.

New consumer priorities are already feeding through to the market.

The dramatic growth of the plant-based food and vegan categories is in part a response to remarkable ‘cut through’ of the ‘eat less meat’ message from climate campaigners and expert groups like the IPCC.

And judging from all the headlines ‘eat less meat’ was the big take-home from the IPCC report – not that need to switch to farming and eating organic.

Now, you might be thinking. Well, hang on, I’ve been reading in Natural Products Global for the last three years about how the organic market has been growing strongly around the world in recent years – double digit growth in many parts of Europe. And that’s true.

But have a look at this. I think it’s relevant.

When the extraordinary growth rates seen in Sweden’s organic market slowed dramatically to 4% in 2018 (from 20-40% between 2015-2017), the specialist organic consultancy EkoWeb suggested it was, in part, the result of the retail industry shifting its focus away from organic to other ethical labels and value propositions in response to those changing consumer priorities. Plant-based, vegan and local/Swedish were winners in 2018 as shoppers placed their votes at the checkout.

One of the striking features of the rise of veganism in the UK (+260% in 10 years) is the way the vegan movement has commanded – demanded – the attention of consumers and the media. A really energised campaigning style has perfectly caught the mood of the time and helped recruit swathes of new followers. And what’s really interesting about vegan messaging in 2019 is that is often about driving cultural change and unafraid to engage politically, and on issues justice, welfare and fairness.

By contrast organic messaging, which has borrowed heavily in recent years on the language of mainstream food industry marketing (precisely to make it appeal to a more mainstream audience), suddenly sounds out of step with urgency of the task in hand.

Think about that. Because it’s in such stark contrast from where we’ve come from. Our industry has always been instinctively unorthodox. The natural food movement emerged directly from 1960s counterculture. The earliest manifestations of the vegetarian movement, were founded on some quite radical thinking, nutritionally and politically (many vegetarian women in the Victorian era identified as feminists, for example). Later, fair trade movement exposed the unfair practices of the food industry in developing countries.

But as those ideas have been repackaged for a mainstream audience, as marketing imperatives have replaced campaigning priorities – we’ve taken the advice of the big brand agencies at face value – and we normalized organic.

Just at the very time that other movements and causes are toughening up their messages, we’re going soft!

I think we need to rediscover our rebellious past. And – Ronald van Marlen says – become disruptors again.

The climate crisis is a massive challenge for society. It is also provides an opportunity for organic decisively to demonstrate its continuing relevance. And it needs to too – remember that 1.4% figure, organic’s share of total farmland.

Climate change is not (and should not be) the primary objective of organic farming. But the global context in which organic exists is changing fast.

So, I think we need to remake the case for organic in a climate crisis.

So, how do we move organic to the heart of future food and farming policy making? Well, the sector must show convincingly that organic agriculture is a proven ‘whole system’ approach that delivers both on greenhouse gas emission reduction targets but also the wider social and equality goals called for by the IPCC and the Planetary Health Diet.

Now, I do want to finish on a positive note. And end with a couple of examples of just this type thinking in action.

Here are some brands – here in Scandinavia and the US, who are disrupting. On left, recent hard-hitting, provocative campaigns on pesticides from Coop in Sweden and Denmark. And on the right, a campaign by Stonyfield Organic that encouraged children to think about the GMO debate. They are risk-taking campaigns. But they are unafraid to say what they and what organic stands for.

And, finally, to these leaders of 14 global cities – from Copenhagen to London, Los Angeles Tokyo – who are using the ‘O’ word, and offering solidarity to our movement.

In their Good Food Cities Declaration they say that food procurement policies should be aligned to the Planetary Health Diet and “ideally sourced from organic agriculture”.

And I think it gives us a glimpse of what is possible, what enormous opportunities there are to be seized – for people and the planet. If we can show that we are ready to inspire the next generation of conscious consumers.

The planet has been placed on an emergency footing. Organic must be mission ready. 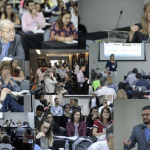 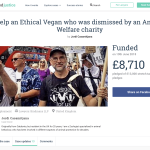 UK court to decide if ‘ethical veganism’ is a belief system 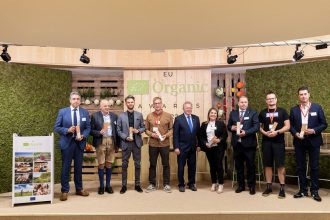 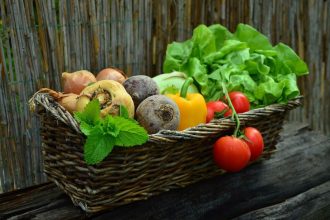