Sustainability is taking a backseat, believes Mintel, as the cost of living continues to bite and motivations for reducing meat consumption shift from environmental to financial.

According to new Mintel research, ‘perceived financial benefits of eating less meat skyrocketed in 2022’. Those citing meat-reduction as a ‘good way to save money’ rose from 27% in 2021 to 43% in 2022; meanwhile, ‘meat reduction’s environmental benefits were felt less keenly in 2022’ with 41% holding the view that eating less meat would benefit the planet, compared to 47% in 2021.

Alice Pilkington, senior food and drink analyst, Mintel, comments: “Public awareness of the role that meat and dairy play in the climate crisis accelerated between 2018 and 2021, contributing to the popular perception that eating less meat is beneficial to the environment. This overtook weight management and saving money as the previously top perceived benefits of eating less meat.

“In 2022, however, the perception of environmental benefits of reduced meat eating took a knockback, reflecting how sustainability more broadly has been deprioritized for some amidst current pressures on household budgets.

“The cost of living crisis presents an opportunity for inherently vegan products, such as chickpeas and lentils, which can pad out meat-based meals or replace meat to make recipes more affordable.”

The current squeeze on household incomes felt by many across the UK is also driving consumers to reconsider meat substitute purchases. The market for meat-alternatives experienced a decline in 2022 when sales fell by 6% to £548 million (from £586 million in 2021).

Mintel figures show that 49% of Brits claim to eat meat substitutes, and around one in four do so weekly. While general usage appears high, the market analyst points to a ‘sharp fall’ in daily usage, slipping from 12% in 2021 to 7% in 2022. It says ‘the relatively high price of these products’ could be presenting ‘a significant barrier to growth’ with 52% of red meat/poultry eaters saying they would switch to meat substitutes if they were cheaper than meat.

“The absence of COVID-19 restrictions at the beginning of 2022 led to a loss of at-home meal occasions, which is being felt across much of food retail,” observes Pilkington. “In addition, as household incomes have come under increasing pressure as the year has progressed, the relatively high price of meat substitutes has resulted in consumers cutting back on these products. Whilst those reducing meat consumption due to financial considerations present an opportunity for meat substitute brands to grow their audience, cost will be a significant barrier for many who would otherwise be open to them.

“Vegetable forward products — which don’t claim to mimic meat, such as bean burgers — remain considerably under-explored given the level of interest. Two-thirds (65%) of meat substitute buyers say they would be more likely to try products that don’t mimic meat. These products are at an advantage given that their ingredients are familiar to many consumers and their long-standing health halo — both of which could lower barriers to trial.” 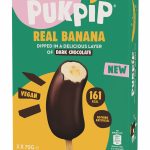 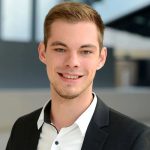 BIOFACH and VIVANESS 2023: The future of trade fairs is hybrid