As part of a major brand refresh and coinciding with it taking over the HealthyDoesIt initiative, The National Association of Health Stores (NAHS) has changed its name to Health Stores UK.

The rebranding of the 91-year-old organization is backed by a print and digital marketing campaign taglined ‘Say hello to Health Stores UK’ which will prominently feature a striking new Health Stores UK logo.

According to Health Stores UK chair, Len Glenville (pictured), the revamp was a key recommendation of a recent survey that looked at ways the organization can promote independent health food retail most effectively in the future, while simultaneously growing its membership and influence with key stakeholders. 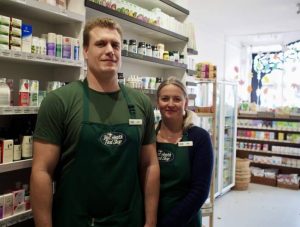 “The NAHS has a proud history spanning nine decades and has played a central role in the growth and development of the health food trade over that time,” says Glenville. “So, the decision to change the organization’s name hasn’t been taken lightly. We believe that our new name – Health Stores UK – encapsulates the ambitious, forward-looking retailer organization we are and is much more likely to grab the attention of key audiences. Having a shorter, more recognizable name will also help the association communicate with consumer audiences more effectively.”

The move comes as Health Stores UK formally takes over the HealthyDoesIt consumer health initiative, which was launched by the HFMA during the pandemic, and is built around an engaging consumer website that offers news, educational resources and special promotions to a growing following of subscribers. In June, the HFMA announced that it would be gifting the HealthyDoesIt brand and website to the NAHS, as the organization best placed to build on its success and drive it forward.

Health Stores UK is marking the official handover with the launch of a new HealthyDoesIt campaign called ‘Healthy Does Natural Pharmacy’ which will highlight natural health products and health foods that can help with 35 minor ailments and conditions that the NHS has announced it will no longer issue prescription medicines for (including probiotics, vitamins and minerals).

Glenville adds: “As we move forward with the HealthyDoesIt initiative, we see some really exciting opportunities for health food retailers to engage directly with consumers using this powerful new platform.”

Commenting on the handover, HFMA executive director, Graham Keen, says: “We’re thrilled that HealthyDoesIt, an initiative set up during lockdown to support health store retailers, is now under the ownership of the NAHS – now Health Stores UK. The HFMA are confident that the NAHS team will take the initiative to the next level and build an even greater connection between consumers and their local health store, which is exactly what HealthyDoesIt was purposed for.” 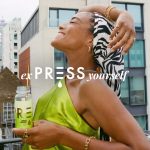 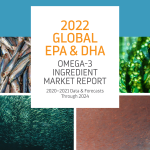