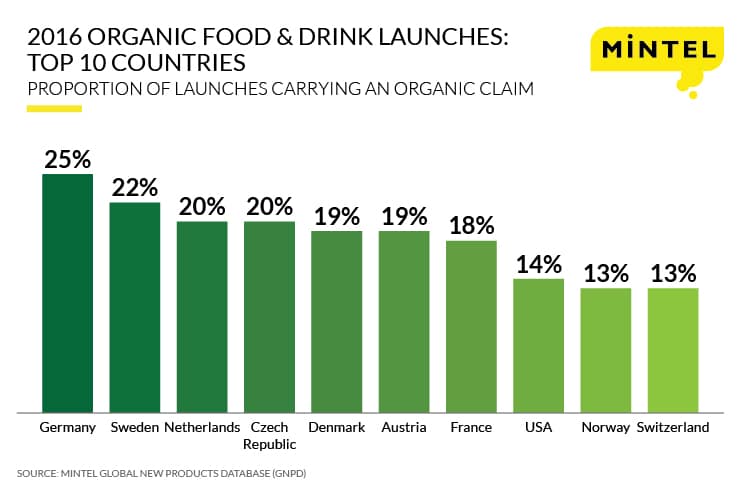 Germany hosted the highest proportion of organic launches globally in 2016, according to newly released data from Mintel.

Research from Mintel Global New Product Database (GNPD) shows that a quarter (25%) of all food and drink products launched in Germany in 2016 carried organic claim, the highest percentage globally. This is up from just 18% of launches in 2012.

While Germany is currently the leading market for organic food and drink innovation, as many as one fifth of all launches in Sweden (22%), the Netherlands (20%), Czech Republic (20%), Denmark (19%), and Austria (19%) also carried an organic claim in 2016. In contrast, only 14% of launches in the US and 6% in the UK were organic. Globally, one in six launches (16%) of organic food and drink occurred in Germany in 2016.

Katya Witham, senior food and drink analyst for Germany at Mintel, comments: “In keeping with the German nation’s love for healthy, natural products, the organic market has been flourishing in recent years. The rise in organic product innovation comes as consumer health awareness continues to grow alongside a higher environmental conscience. Combined with an increasing disposable income, this fuels the uptake of organic products across food and drink categories in Germany.”

German parents are especially likely to be looking for products with organic credentials. One quarter (25%) of German households with children say that they buy more organic food and drink, compared with only one fifth (21%) of those without children. Similarly, German consumers’ willingness to pay a higher price for organic food and drink is higher among families with children. For 27% of German households with children, organic fare is worth paying extra for, compared to 23% of respondents without children. Furthermore, Mintel research shows that 71% of all launches carried an organic claim in 2016.

Looking to the future, it seems that the organic boom is also catching on in products targeted at adults, including alcoholic drinks. Mintel research highlights, however, that organic wine still remains under-penetrated in German households, compared to other organic food and drink categories. In 2016, only 7% of German adults reported buying organic wine, with the participation rates increasing slightly among more mature consumers aged 35-54 (9%).

There are opportunities to boost consumption, as Mintel’s research shows that over half (57%) of German wine buyers are prepared to spend more on a ‘craft’ wine, while almost one in three (30%) claim to be more likely to buy a wine brand with an interesting and authentic back-story.

“Given consumer demand for natural ingredients and reassurances about provenance, organic wine makers could benefit from promoting their authentic, artisanal and ethical credentials. Organically grown wines will also resonate well with the locavore, farm-to-table movement, as well as with the rise of sustainable consumption. But in order for organic wines to move out of their niche, producers will need to educate German consumers about the credentials that make organic wines worth buying.” Katya concludes. 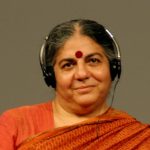 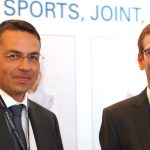 Interview: “It’s all about the research” 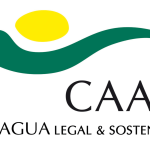 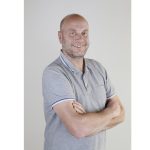 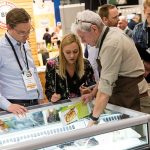 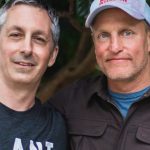 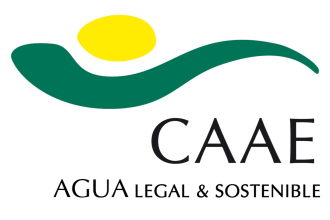 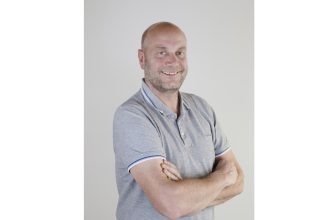 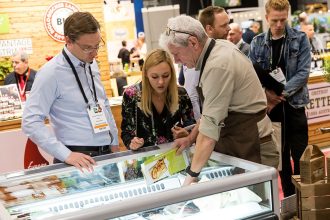 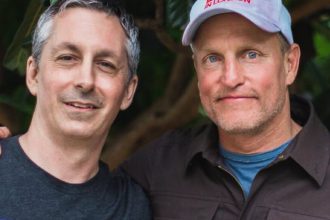