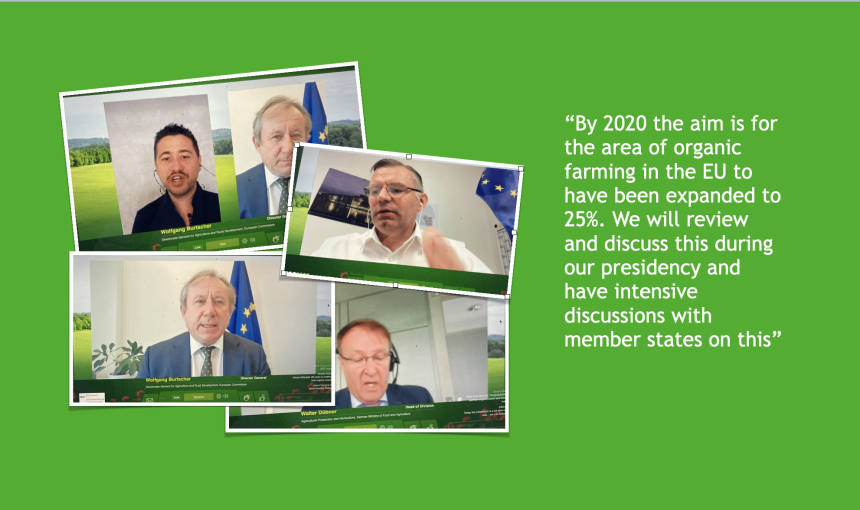 Achieving the ambitious 25%-organic-by-2030 goal called for by the European Union’s Farm to Fork strategy will require a concerted EU-wide effort, and the collective will of all Member States, senior officials agreed yesterday during a special discussion at this week’s European Organic Congress.

In an opening address to the session titled 25% Organic land by 2030: How can the CAP contribute?, Wolfgang Burtscher, Director General for Agriculture and Rural Development, European Commission, said: “I believe that the EU Farm to Fork and Biodiversity strategies create an opportunity to bounce back from the current crisis…the impressive growth of organic production over the past 10 years, up 70%, rightly reflects the importance gained by the sector”.

Bridging the gap
But he added: “Surely it will be challenging to achieve the 25% target within a decade. And we do have to take into account the very different situations and starting points in member states and regions. He also said that it would be important to find ways to “bridge the gap in those countries with low shares of organic, to bring them closer to the EU average”.

Burtscher said that “to be realistic there are a number of elements that need to come together to achieve this target”, adding that it was “essential to ensure that organic production and demand grow in tandem to keep the sector in a state of solid equilibrium”.

Walter Dübner, Head of Division Agricultural Production and Horticulture, German Ministry of Food and Agriculture, told the Congress: “We want the future CAP to strengthen environmental protection and climate change mitigation. At the same time we must, however, bear in mind the development of the Rural regions, the competitive capacity of the sector, and the effect on income that the direct payments have.”

Dübner said organic farming had “great potential to address the urgent challenges in agriculture regarding environmental and resource policy” and that  “our aim is that the support for organic farming will continue to be firmly enshrined in the range of political tools that the CAP provides.

Norbert Lins, MEP and chair of Committee on Agriculture and Rural Development said that he favoured “ambitious market-driven target corridors” over “pre-defined numbers”, which he argued were “no less ambitious”.

But commenting on the need for support across all of the EU, Jan Plagge, President, Bioland/ IFOAM EU, said that “Member States should introduce national targets for organic land”, and that “CAP strategic plans should contain a clear frame for advisory services and adequate support for conversion and maintenance”. 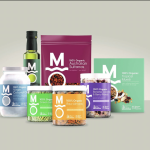 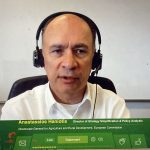